The Dickerson Agency team is ready for the future and it’s challenges.

Every small business owner has a story to tell.  This is the Dickerson Agency’s…

In 1989, exactly 30 years ago this October, Patricia and I bought a small insurance agency in Marietta, Georgia. Selling only non standard auto, we were able to get a foothold in the insurance arena. Pat had the insurance expertise, while I was schooled in business and marketing. Realizing the opportunities that lay ahead, I retired early from AT&T and joined the agency full time. Shortly thereafter, I opened a second store in Morrow where I was able to write my first commercial line of business.

After several years, Pat began to grow weary of running the day to day operations. She wanted me to handle the staff and business matters and allow her the opportunity to service our clients. In order to achieve the level of service we wanted to provide, we decided to sell the Morrow store in 1991 and come back to Marietta. Working together 24\7 proved to be a bit of a strain on us both, so we decided to start from scratch. Pat decided to take a position with Foremost, as I looked for a buyer for the Marietta store. Eventually we found a buyer that allowed me to continue working commercial lines and build a book of business clients.

In 1992, I, along with 3 more agents, started Car-N-Surance. We launched a massive TV, radio and outdoor ad campaign and generated up to $250,000 monthly, in a very short time. Unfortunately, the original seed money ran out before we got to our first year renewals. We dissolved the business and the partners separated.

I ventured back to outside sales under my original agency. However, a problem soon came up with the servicing of my accounts. I was writing the policies, but the service staff did not hold up their end of the bargain, and soon the cancellations became more than the new business.

So that was it. I headed for the courthouse and incorporated “The DickersonAgency” in 1994. I decided to set up shop on Cherokee street, and have remained there, in one building or another, ever since. Business was growing, but not at the rate we needed to really thrive. In the Summer of ‘96, I was flat broke. While everyone was enjoying the Summer Olympic Games in Atlanta, we were just trying to keep our heads above water.  It was the first, and only, time I ever dipped into my long term savings to survive.

In the fall ’96, I recognized I needed help, if I was to continue to grow. I hired a fresh faced 21 year old, who was far more mature than her years would suggest. She quickly learned the business and more importantly, taught me about managing companies, customers and bureaucracy. With her fresh ideas, we started to do things no other agents were doing and quickly gained favor with more companies. Her expertise enabled us to accelerate the growth of the business.

As the volume of business grew, we gained more markets which allowed us to write more broadly. From ‘96 to ‘04 we were growing at a rate of 30-35% per year. In the midst of all the growth, we added personal lines capability, and that required more, and more staff. At this point, Pat decided to re-join the business and oversee the personal lines department, enabling them to grow more quickly.

In 1999, we joined the Professional Insurance Agents (PIA). It was a great learning experience for me. I joined committees and lobbied the Commissioner and politicians on behalf of the insurance industry. Pat and I made many trips to Washington to lobby Congress on important topics such as flood insurance and farm protections, as well as the devastation caused by Hurricane Katrina. My work with PIA enabled me to become a board member, then an Officer, and ultimately President of the PIA in 2008. All of this on top of being voted Agent of the Year for Georgia in 2007.

Becoming white-whiskered in 2004, I started to position the agency for the future. My daughters, Kimberly and Lisa, acquired an ownership interest in the agency, and I brought in a highly qualified ex-military officer and turned the operational reins over to him. Unfortunately, that turned out to be a disaster. In under 18 months, we were technically bankrupt. We parted ways in 2006 and began the long climb back to reasonable solvency.

Once again, I had to take over the reigns at the agency. This was not in my plans, as I had been traveling to Europe for several years and planning for my eventual future abroad.  I wanted to fully retire from the business. Unfortunately, the person I chose to take over operations lacked the overall experience needed and the business languished. Then, to top it all off, the Great Recession of 2008 hit.  Between the recession and ill management, we lost almost 28% of our revenue in three years.

In 2010, I faced the hardest decision of my business life. I needed to change the management and the culture of the agency. But who could best meet the demanding requirements and not wither under the stress? My only logical candidates were my daughters Kimberly and Lisa. Both were equally qualified and had substantial experience, strengths and credentials to take the agency where it needed to go. After much deliberation, I chose Lisa to run the company.

After a slow start and without much help from me, Lisa and Kimberly implemented changes that saw growth skyrocket. Lisa changed the focus to quality clients and businesses, and executed marketing initiatives that positioned the agency for continued growth in the 21st century. Kimberly managed both back office and our accounting and company relationships, and together they became a dynamic duo. They have won many awards and recognition from both our carrier companies and their peers, as Kim was selected Agent of the Year by PIA Young Professionals in 2012.

And now at our 30th Anniversary in the business, the agency is flourishing. Lisa and Kimberly recruit very carefully and seek to always have the absolute best people serving our clients.  They are continuously looking for new and emerging technologies that make doing business with our clients and companies seamless, while keeping in mind that there is a relationship to be tended at the core. They take pride in their team of agents and specialists, as they work to meet each client’s individual needs and protections.  They continue to hold tight to the ideals of the past 30 years, and look forward to an even better and brighter future. 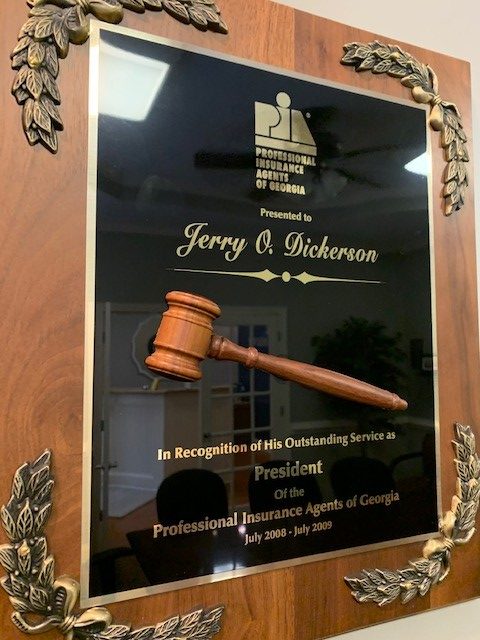 And the award goes to…Jerry Dickerson 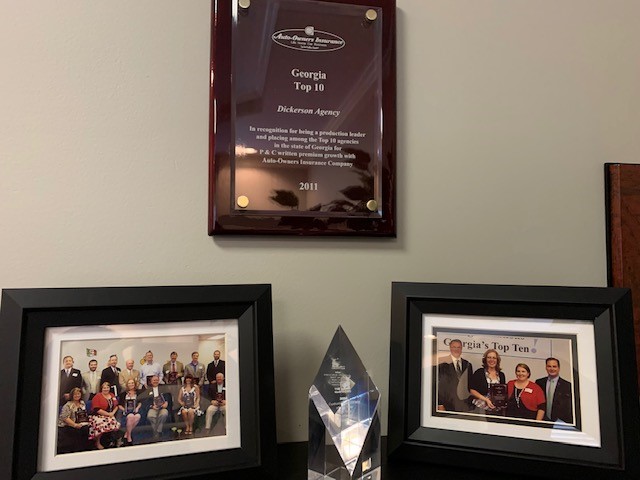 Honored to be recognized and awarded by our peers 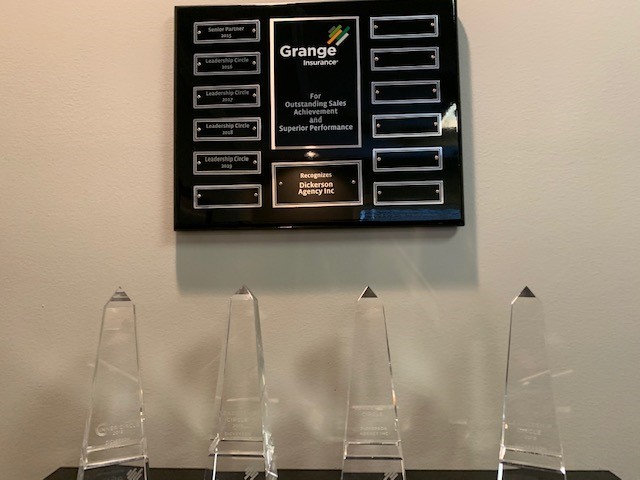 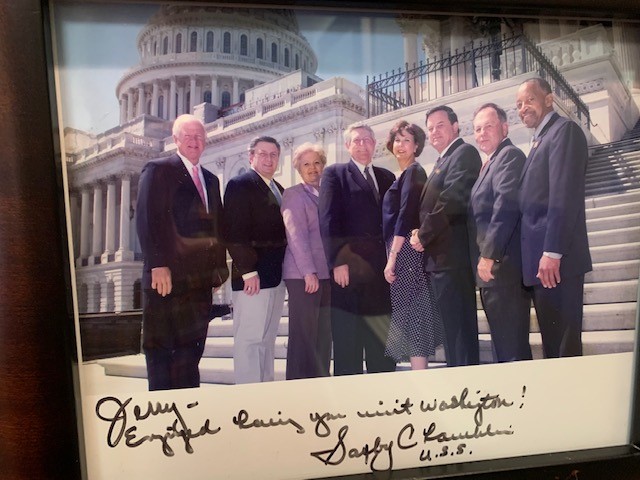 Taking Insurance to the Capitol! 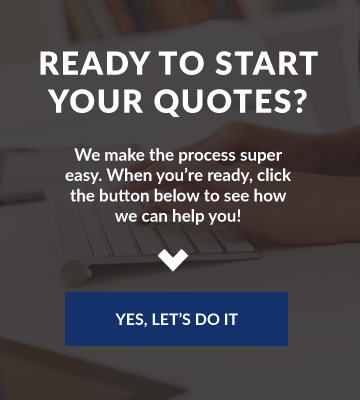 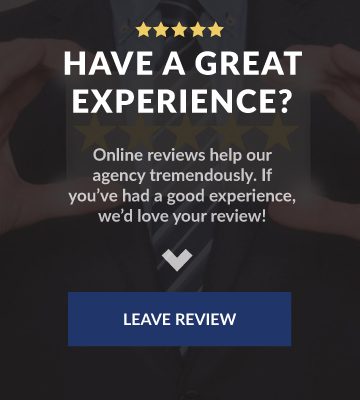 Save time, aggravation, and money at no additional cost to you, we can work to compare your current coverage with a wide range of insurance companies to get you the best possible coverage.

Start Your Quotes in Minutes